This break down is a series of articles and short descriptions and excerptsss for your evidentiary references to voter improprieties, irregularities, and even fraud. For the left to say it doesn’t exist is simply not factual, and is evidence of widespread partisan propaganda.

Corrato’s signature is missing from both forms. She has insisted to her son that she didn’t vote and that no one asked her about registering.

“There wasn’t a signature. There was just an x,” said Nicholas Corrato, who has power of attorney for his mother.

Dozens of absentee ballots were cast from St. Francis nursing home in Delaware County in May’s primary. But did those seniors actually vote?

A monitor has reportedly discovered a 9,626-vote error in DeKalb County’s hand recount, according to Georgia GOP chairman David Shafer.

“an election integrity group, reviewed the 1.3 million mail-in ballots Nevada’s Clark County… found that more than 223,000 of the ballots were sent to outdated addresses, leading the postal service to designate them as “undeliverable.””

More than one-sixth of the mail-in ballots sent to voters in Nevada’s largest county during the 2020 primary went to outdated addresses.

Two men were charged with voter fraud after they allegedly submitted thousands of fraudulent voter registration applications on behalf of homeless people, it was announced Tuesday.

A Pennsylvania judge ruled in favor of the Trump campaign Thursday, ordering that the state may not count ballots where the voters needed to provide proof of identification and failed to do so by Nov.…

EXCLUSIVE: 112,516 ballot dates updated in official PA database, 65,026 ballots were received after the 3rd and 15,517 after the 6th. FACT 1: OpenDataPA allowed anyone to download the Mail Ballot Requ

More AV ballots counted than sent out or received in Wayne County, MI…
mapthefraud.atlassian.net/wiki/spaces/DA….
approx 42,000 voters “voted twice” in NV, 2,468 voters legally changed their addresses to another state, 1,500 voters were listed as deceased by SSA, about 20,000 voters had a non-NV mailing address and 6,000 voters had USPS “flags” on “vacant addresses.”

The lawsuit was filed on behalf of itself and three residents of Colorado against Jena Griswold, Colorado Secretary of State, and the State of Colorado for failing to clean the state’s voter rolls as required by the National Voter Registration Act of 1993

Colorado leads the nation in percentage of counties with more than 100% of eligible voters registered to vote (Washington, DC) Judicial Watch announced today that it filed a lawsuit in federal court …

About 9,500 voters whose names and dates of birth (DOB) match death records in the Social Security Death Index (SSDI) are marked in the Michigan mail voting database as having returned ballots.

About 9,500 voters whose names and dates of birth (DOB) match death records in the Social Security Death …

USPS has been ordered by Judge Emmet Sullivan to report on the results of 2X-daily sweeps for election mail. Postal workers found more than 1,000 ballots in Philadelphia facilities.
archive.is/KaXwK
Letter to the Clark County, NV District Attorney alleging voter fraud by people who were not legal residents of Clark County.

HARRISBURG, Pa. (AP) — With concerns rising in Pennsylvania that tens of thousands of mail-in ballots will be discarded in the presidential election over technicalities, officials in the…

PA public info shows many voters with no birthdays, born in the 1800s, and having no date that their vote was cast.
data.pa.gov/Government-Eff…
Approximately 500 mail-in ballots in Detroit were never delivered to voters, according to USPS Detroit’s city clerk, and the Pittsburgh Post-Gazette reports “potentially thousands” of ballots in Butler County, Pennsylvania, haven’t been delivered. 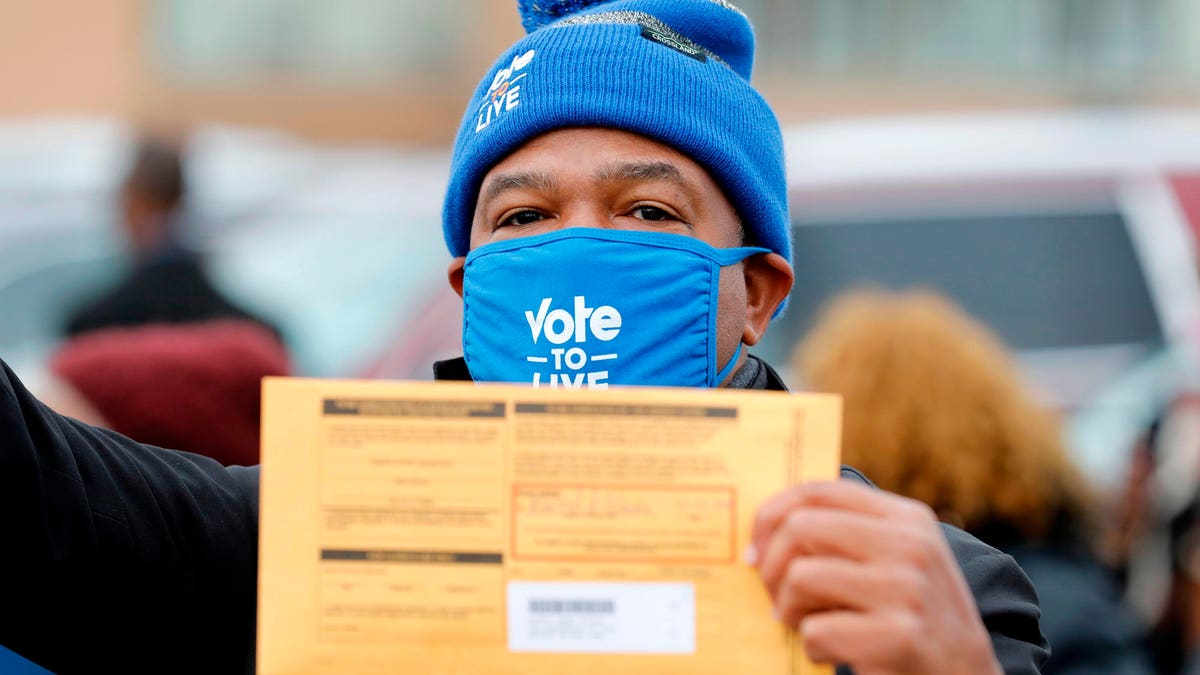 Hundreds Of Absentee Ballots In Detroit, Pennsylvania Missing, Not Delivered By Postal Service

19 of more than 3,000 counties voted for the eventual president in every election. Only one of them, Washington state’s Clallam County, backed President-elect Joe Biden last week. Other counties that had been bellwethers all the way back to the 1950s. 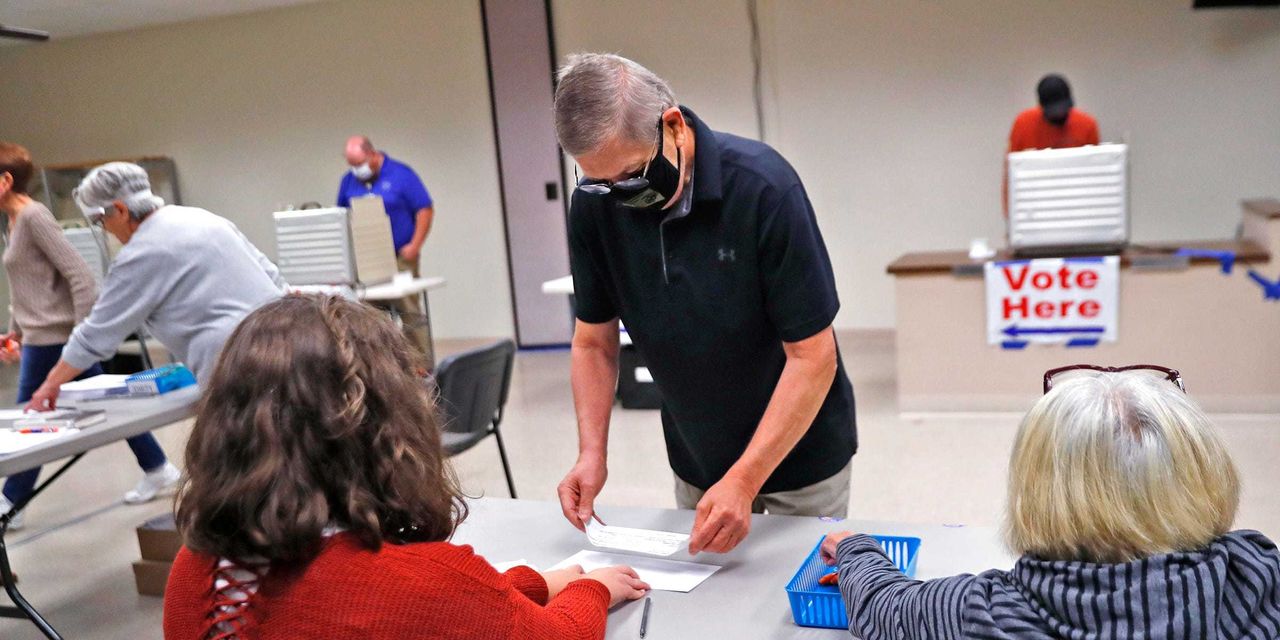 From 1980 through 2016, 19 of the nation’s more than 3,000 counties voted for the eventual president in every election. Only one of them, Washington state’s Clallam County, backed President-elect Joe …

Some voters in Fairfax County tell 7 On Your Side they received two mail-in ballots after applying to vote absentee in the November election. One viewer says three out of four members of her family wh…

A vote tabulation timeline shows a massive spike in Biden votes occurred during the two hours where workers at the State Farm Arena in Atlanta were counting ballots off the clock.

The Georgia Star News filed an open records request on Tuesday requesting all “ballot transfer forms” from the Nov. 3 General Election in DeKalb County. The county responded by saying it did not yet know if such records existed, and due to COVID

The Georgia Star News filed an open records request on Tuesday requesting all “ballot transfer forms” from the Nov. 3 General Election in DeKalb County. The county responded by saying it did not ye…

Administrative policies put in place by Wisconsin election supervisors could impact potentially tens of thousands of ballots in a battleground state that Joe Biden won in 2020 by just 20,000.

From allowing clerks to fix spoiled ballots to permitting voters to escape ID rules, Wisconsin election officials have taken actions that were not authorized by legislature.

Election officials in Floyd County found about 2,600 new votes during Georgia’s recount, according to the county’s Republican party chairman. The votes weren’t initially recorded and could narrow the …

The Allegheny County Board of Elections on Tuesday voted to count 2,349 ballots that appear to be eligible in every way save for the voter failing to put a date on the outer envelope.

The Allegheny County Board of Elections on Tuesday voted to count 2,349 ballots that appear to be eligible in every way save for the voter failing to put a date on the outer envelope. The ballots, whi…

Poll watchers with certifications not allowed in:

Look at this. I was DENIED access even with a court order. What are they hiding in Philly. Election Fraud. https://t.co/YYUMclEp9Y

Detroit IT worker Melissa Carone, who was employed by Dominion Voting Systems as a contractor to keep an eye on ballot-counting machines, says she witnessed poll workers at the TCF Center repeatedly run the same batches of 50 ballots through counters

For days, lawyers for President Donald Trump have been claiming his reelection campaign has obtained testimony from scores of eyewitnesses who say they witnesse…

A second sworn affidavit from a whistleblower who was an election worker in Clark County, Nevada, claims mail-in ballots were improperly filled out in a Biden-Harris van outside a polling place. 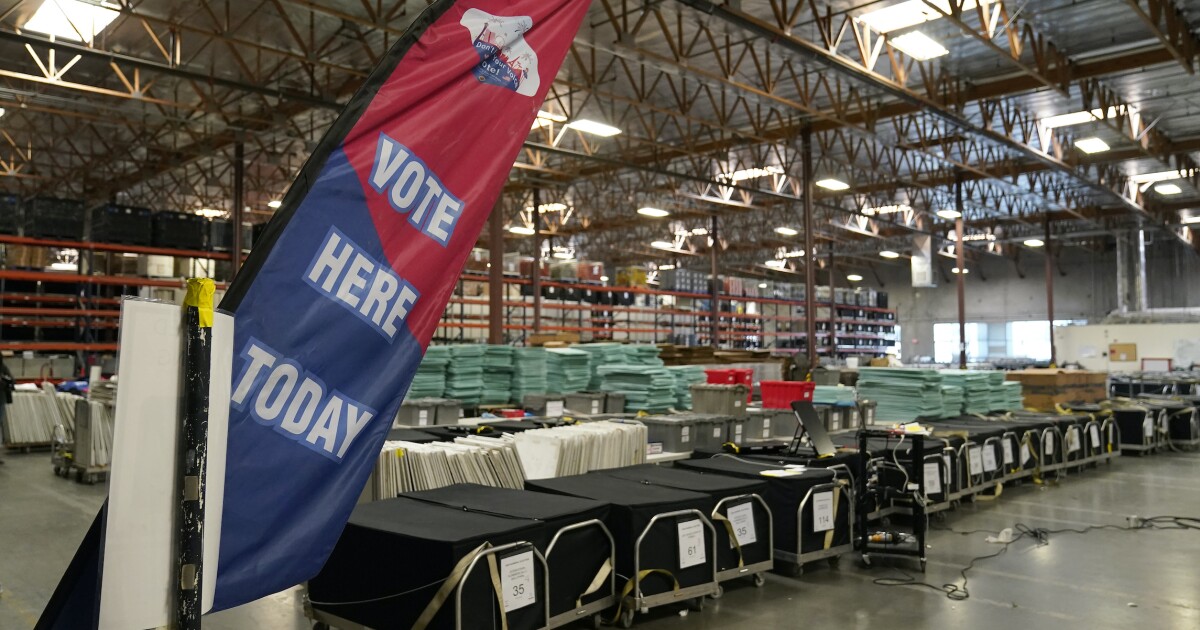 LAS VEGAS, Nevada – A second sworn affidavit from a whistleblower who was an election worker in Clark County, Nevada, claims mail-in ballots were improperly filled out in a Biden-Harris van outside a …

He thinks there are between 120,000 and 306,000 fake people who voted in this election. Piton presented his findings and said that he would never have certified Arizona’s election results.

Bobby Piton is a managing partner of Pre-Active Investments, LLC and an investment advisor representative of Total Clarity Wealth Management. He used Arizona’s official government data to run his…

During a tour of the facilities, Republican and Democratic observers were being kept equally distant from the machines, about 30 feet away, The Post observed. (Illegally far, thank you, WaPo)
washingtonpost.com/lifestyle/styl…

SWORN AFFIDAVIT, under the penalty of perjury (prison time), by Jessy Jacobs of Wayne County, MI.

On Sept. 22, the city council approved a $1 million contract for Phillips’ staffing firm P.I.E. Management, LLC to hire up to 2,000 workers to work the polls and staff the ballot counting machines.

A laptop and several memory sticks used to program Philadelphia’s voting machines were stolen from a city warehouse in East Falls, officials confirmed Wednesday, setting off a scramble to investigate and to ensure the machines had not been compromised.

The discovery set off a scramble to ensure voting machines had not been compromised and to contain the fallout. City officials said the theft would not disrupt the election.

Computer issue kept 15,000 Henrico votes from getting counted on Election Day. Henrico immediately reviewed its absentee thumb drives, and found 15,000 missing ballots, which turned out to be early in-person votes. Those votes put Spanberger over the top. 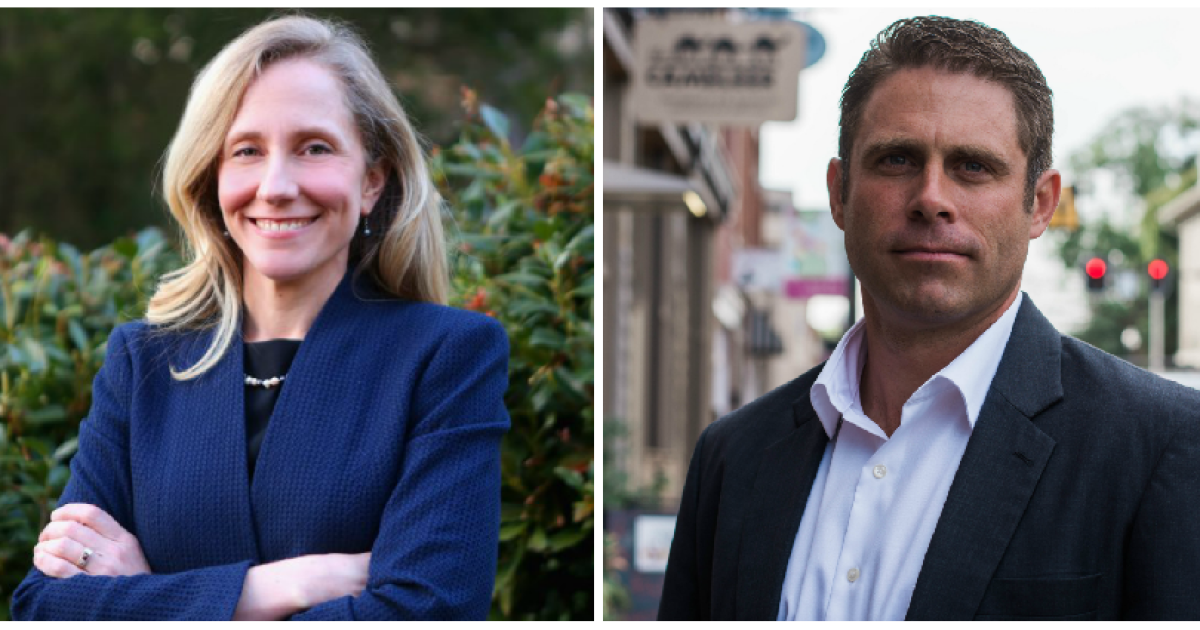 How a computer issue kept 15,000 Henrico votes from getting counted on Election Day

Congresswoman Abigail Spanberger (D-VA 7th) suddenly catapulted into the lead on Wednesday by roughly 5,000 votes, after trailing Republican challenger Nick Freitas for all of Election Day.

In Antrim County, ballots were counted for Democrats that were meant for Republicans, causing a 6,000 vote swing against our candidates,” Cox cited, “tabulating software glitched” and caused a “miscalculation of the votes.”

Votes erased from memory car, withheld from the press:
Susan, a disability service coordinator says every one of her more than 20 clients told her that they were either pressured to vote for Democratic candidate Joe Biden or had a vote cast for Biden before they ever had a chance to see their ballot. 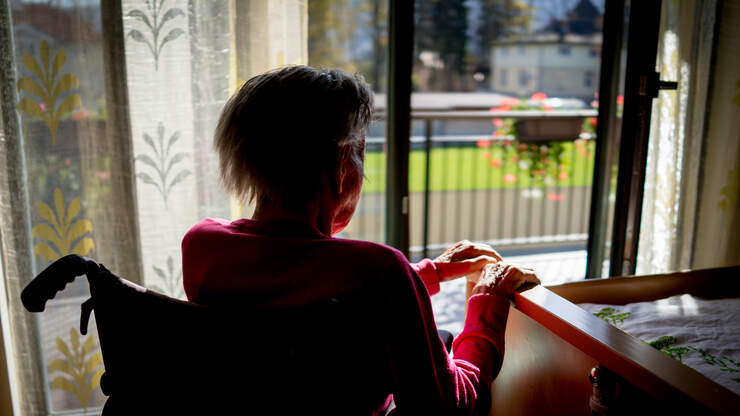 There are many more incidents of voter fraud, irregularities, and improprieties. I did not include any of the statistical evidence, hundreds of witness testimonies, or anything regarding the corruption in Dominion Voting System, Smartmatic, and other electronic voting companies used in the 2020 National Election.

I am a patriotic mother who has a passion for researching and a knack for writing. Usually judged by my pink hair and hippie lifestyle; people automatically assume I am a Liberal, but that couldn’t be further from reality. I’m a pragmatic Constitutional Conservative, and find my information from both sides of the aisle in order to get to the facts. View more posts

2 thoughts on ““There is NO Evidence of Voter Fraud””

Share your thoughts and opinions about this article! Cancel reply